The international review Divinitas, stalwart bastion of Thomistic theology, is back!

Since 1954 this renown review had been a sure beacon illuminating the troubled times of the second half of the 20th century. With a brief hiatus, it is now resuming its regular publications, working once again to provide an anchor and a light in these troubled times by deepening our understanding of the faith, fides quaerens intellectum.

Faithful to its heritage, Divinitas only publishes authors of quality: philosophers, theologians, and canon lawyers in the erudite world of Philosophia and Theologia Perennis; producing articles of relevance, and giving profound answers to the problems of modern day thought.

Since its resurgence, Divinitas has edited new publications on the theme of the Catholic Priesthood and another on the theme of Thomism as such, containing articles from such erudite and important authors as His Eminence Raymond Cardinal Burke, His Eminence Gerhard Cardinal Müller, and Monseigneur Gilles Wach, to name a few; thoroughly treating such important and relevant subjects as priestly celibacy, the synodal process in Germany and the Amazonian Synod, the canonical norms for the life of priests, concelebration, the potestas iurisdictionis of the priesthood, the problem of evil, different understandings of natural law etc…

One could call this a truly catholic review, in the etymological sense of universalis, because its authors come from all over the world and from diverse catholic backgrounds. This provides a large cultural formation, unique to the review Divinitas. This large prospective plunges the reader into the reality of the Church’s unity alongside its rich cultural diversities.

No more superficial attempts to answer the worlds ideological challenges. This journal provides answers that are as precise as they are deep. The church needs now more than ever, erudite theologians, bastions of orthodoxy against the tides of error and confusion of modernity.

Visit Divinitas.online to subscribe. You won’t want to miss being a part of this movement in promoting the treasure of the Church’s true theological and philosophical heritage! 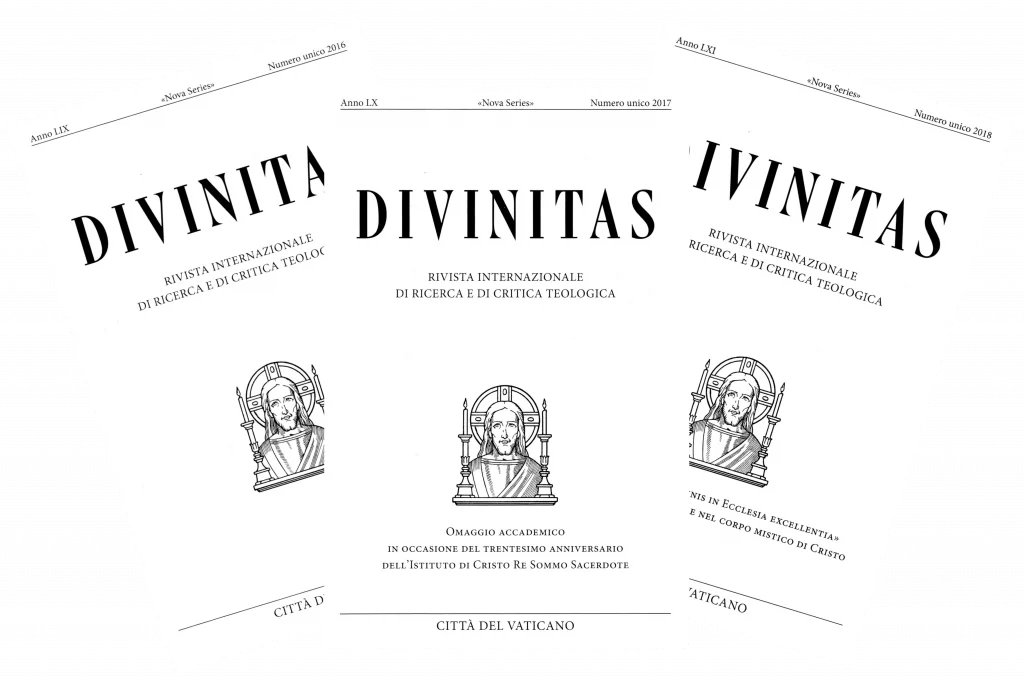 This website uses cookies to improve your experience while you navigate through the website. Out of these, the cookies that are categorized as necessary are stored on your browser as they are essential for the working of basic functionalities of the website. We also use third-party cookies that help us analyze and understand how you use this website. These cookies will be stored in your browser only with your consent. You also have the option to opt-out of these cookies. But opting out of some of these cookies may affect your browsing experience.
Necessary Always Enabled
Necessary cookies are absolutely essential for the website to function properly. These cookies ensure basic functionalities and security features of the website, anonymously.
Analytics
Analytical cookies are used to understand how visitors interact with the website. These cookies help provide information on metrics the number of visitors, bounce rate, traffic source, etc. This website uses Matomo Analytics.
Others
Other uncategorized cookies are those that are being analyzed and have not been classified into a category as yet.
Performance
Performance cookies are used to understand and analyze the key performance indexes of the website which helps in delivering a better user experience for the visitors.
SAVE & ACCEPT
Powered by